Which games would you like to be supported on the future?

I don't know if this has been mentioned, but Mac Return to Zork would be #1 for me. The MPEG version would be great too.
Top

Well it was mentioned in the first few pages, but I thing it should get one more vote:

Infocom, Magnetic Scrolls, Level 9 and other text engines.
I know about the few interpreters that are already out there, but I don't see the field very active nowadays, especially concerning modular engine solutions (like SCUMMVM itself). Gargoyle for example has years since last real update.
Yes there are many stand alone solutions and an active community. (where I see some possible conflict - as there was some tiny conflict when SCI and such moved to SCUMMVM)
Under the wings of SCUMMVM team this would thrive I believe.
Top

I did not read through all 22 pages of this thread to see if someone else mentioned this, but I would like to see ScummVM support Monkey Island: Special Edition and Monkey Island 2 Special Edition. I realize the games aren't that old, but the games are already experiencing compatibility issues. Due to driver issues neither game will run in Windows 10 and there is no sign of Disney putting any effort into making these games last into the future. I remember LEC repeatedly touted that the new Special Editions were created in SCUMM so theoretically they should work or shouldn't be too difficult to implement within ScummVM, but who knows what kind of modifications LEC made to the game and the engine to modernize it.

I would hate to see these two games already fall off to the sidelines. [/i]
Top

I've seen that, but I actually like the updated HD graphics.
Top 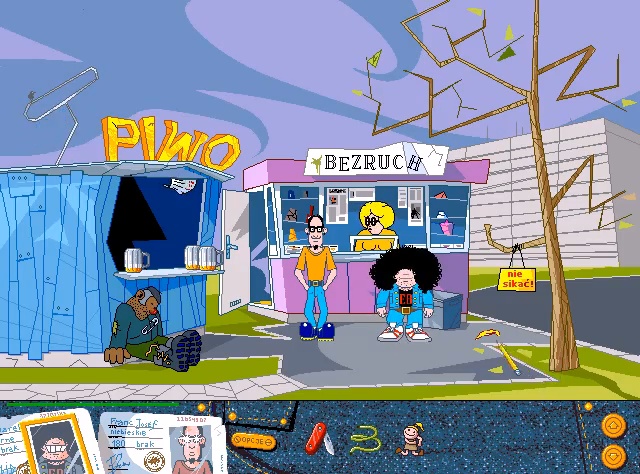 Now that Phantasmagoria 1 & 2 are a possibility I'd like to see Harvester as well, such an amazing hidden gem and I would do anything to be able to play it on my phone, hell even on PC because it's still a pain trying to run it through DOS.
Top

I agree with joanthedark. I also vote for Harvester. Harvester is available on Steam and GOG, but both versions use dosbox. Harvester's Steam publisher Nightdive Studios previously collaborated with ScummVM team when releasing the ScummVM port of "I have No Mouth but I must Scream". I am sure that they would be interested in getting Harvester ported to ScummVM.


I would also love to see the game Zombi (1986) on ScummVM. It has DOS, amiga, commodore 64, Atari ST and ZX Spectrum ports. Amiga version is the best and it still looks good by today's standards. I played it using an Amiga emulator a while ago and it was a lot of fun. I wrote wikipedia and youtube gameplay links below.

Dos version has lower quality graphics but the executable is only 48kb in size, so it might be a starting point to port all versions into ScummVM. I hope somebody with skills can reverse engineer it easily.
Top

I played Zombi on Amiga back in the day. Not a bad game and I didn't realise that it was a landmark as Ubisoft's first published game.
Top

digitall, will you be our champion and port Zombi to ScummVM?

Simple answer is no as I don't own any copies of the game (I played it on a friend's Amiga back in the day) and copies on EBay are going for at least 250 EUR or more and not on GOG, so very unlikely. It is quite a rare game and unless Ubisoft decide to freeware it as they did a 2012 remake... very doubtful.
Top

Another great game is Veil of Darkness (1993 DOS). I hope it gets supported by ScummVM in the future.

I can't believe that it is not available on GOG or Steam.
Top
Post Reply
383 posts