In Older versions (unsupported) under Downloads there's a 1.9.0 iOS 7+ package (14.2M .deb) deb file for ScummVM, that version includes the retina display UI as seen below: 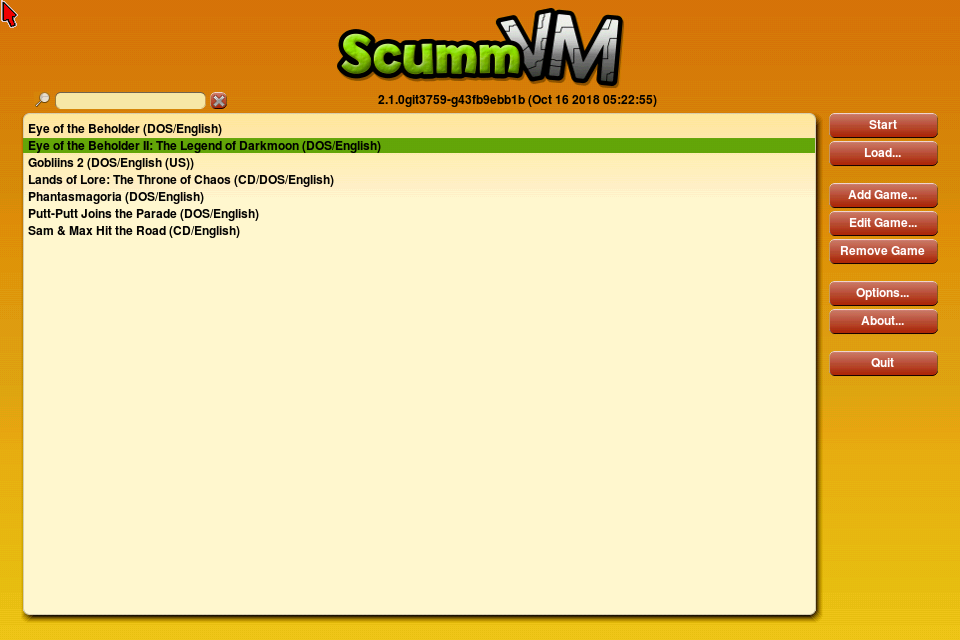 Afterwards you can update to latest Stable/Development versions from Buildbot's nightly builds (which is why the screenshot is 2.1.0 version instead of 1.9.0). But even if you try to update from that version to iOS (All Devices, iOS 3.1+), you still get the new UI with both Stable and Development versions.

Now that UrbanFanatics repo is down, there's no way to get their 1.5.0 ScummVM from Cydia with the old UI for iOS 3.1+ as seen below: 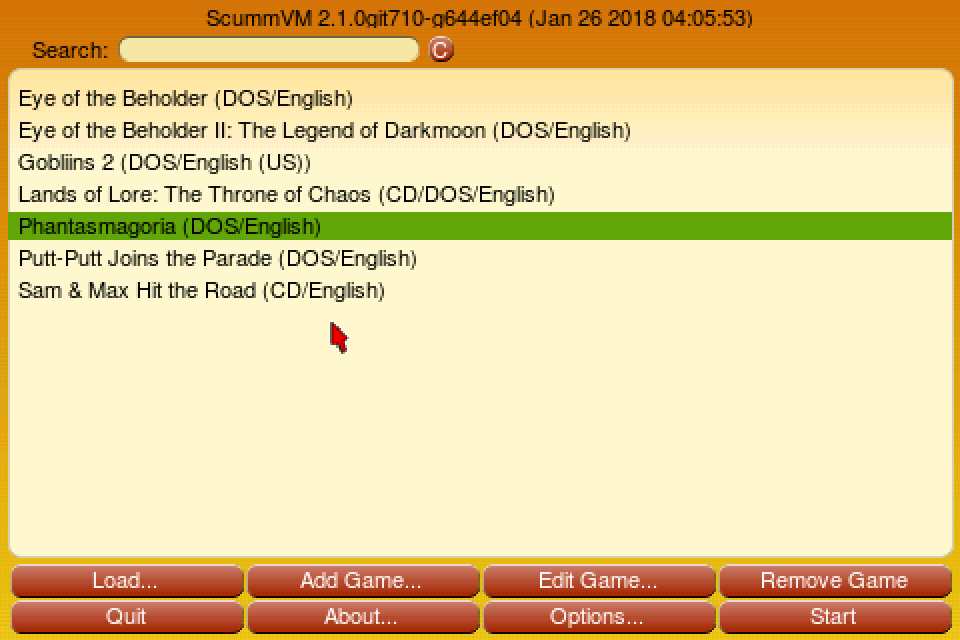 Could someone compile a 1.9.0 iOS 3.1+ package with that UI from the second screenshot above as a .deb file so that I can update to latest Stable/Development versions and maintain that UI?
Top

joanthedark: Try going into Options->Graphics Mode and changing from "Default" to "Normal (No Scaling)". I think you will find that will get you the "old" layout of the launcher as the GUI will change to fit to a small 320x200 layout.

The default is usually "2x" i.e. 640x480 on most devices which is the "new" layout and a much less cramped display.
Top

These are the only options available under Options > Graphics Mode 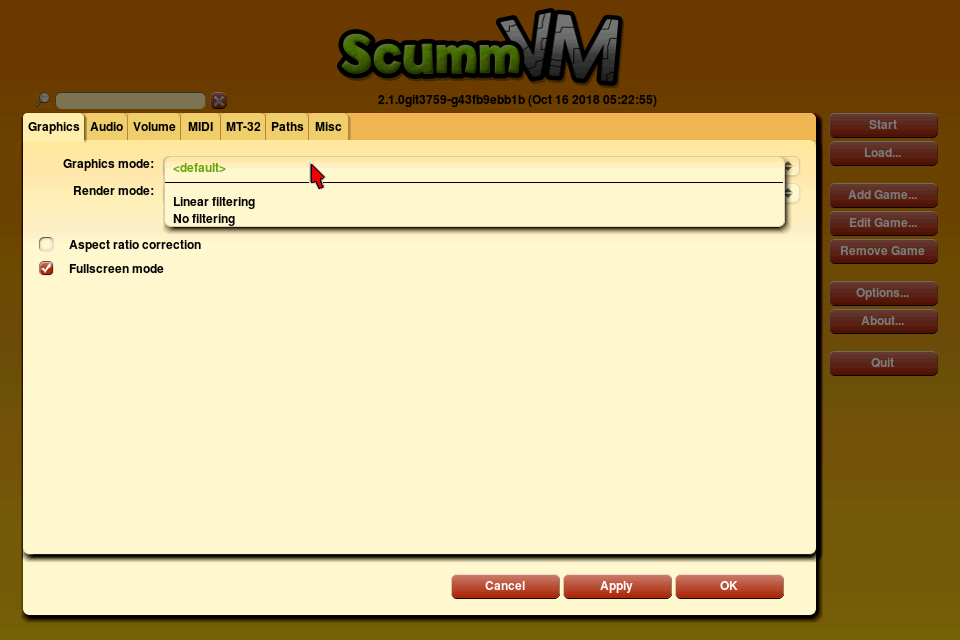 Ah sorry. The scalers are currently disabled for the IOS(7) backend since Jan 6, 2016 with this commit:
https://github.com/scummvm/scummvm/comm ... 6bacf0a976

They can be enabled by uncommenting this line here:
https://github.com/scummvm/scummvm/comm ... 3eb48a9R28

However, not sure why they were disabled (probably as they provoked crashes).
Top

@joanthedark: If you open a bug on the tracker for this, I will transfer these notes to it and then enable the scalers for nightly builds so you can test ... if there are no major issues, then they can be left enabled until someone gets round to a rewrite on the scalers for iOS.
Top
Post Reply
5 posts • Page 1 of 1