I'd love to translate Coktel Vision's Croustibat from Portuguese to English and see it finally officially supported in ScummVM. However I don't know where to start, could somebody please help me and point me in the right direction?

Since the game is quite short and has very few text strings in my opinion it would be a very feasible project. The interface's text would be based on the English version of Gobliins 2 to make it standard.

By the way, yesterday I did some proper scans of the cover artwork (floppy in CD style jewel case), here they are:
https://imgur.com/a/y9Nif

And here's the game's manual (Portuguese) in PDF:
https://www.docdroid.net/OwJxcXy/croust ... uguese.pdf
Since this was a promotional game the manual is pretty generic and has no mentions of Coktel Vision or the year of release.

Also, can anyone confirm if the text on these two screens (and the ending screen) is part of the background images or editable text strings? 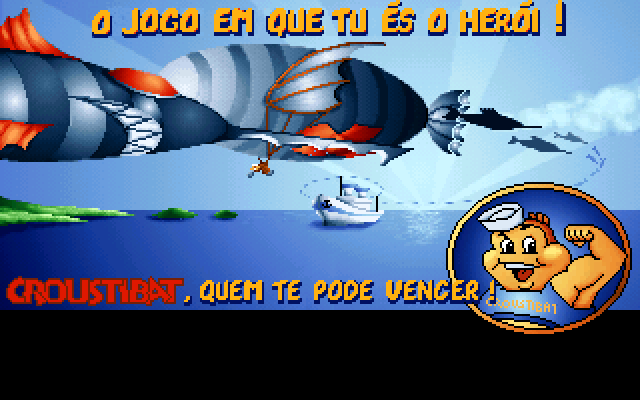 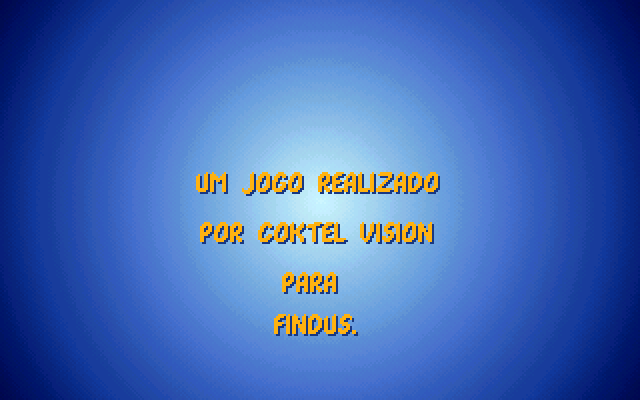 I guess that the zero replies means that this isn't as simple as I first thought. I have the free time and will to translate it (it would take about a week) but unfortunately I don't have enough technical knowledge to do it. It's a shame, i'd really like to see this game in English for everyone to enjoy.
Last edited by Fred_PJ on Wed Apr 11, 2018 2:54 pm, edited 1 time in total.
Top

There are tools available for translating SCI games, but I have never heard of any for Gob games.
Top

Is there any interest in this? I've been playing this short game since I was a little kid, I know all the dialogs, items, actions and could provide a proper english translation, however I do not have enough skills on the technical side of things.
I don't know how ScummVM works, but maybe a patch could be created?
Top

Fred_PJ, thank you for preserving and sharing this rare game with everyone in the first place

There is certainly interest in making an English translation!
I think I had Gob tools somewhere, as all the three 'Gobliiins' have been translated into Russian by fans. I will try to look for it...
Top

OK - I have checked that it is quite possible to make an English translation! Although I am not a programmer, and I have not yet checked if the graphics could be replaced.
As far as I know MAN-biker was already going to translate it into English or Russian several years ago - I do not know if anything has been accomplished.
Top

I would be interested in the Gob tools if they can be found.
Top

Thank you Fred_PJ for working on this rare game.

Attaching extracted texts from TOT files (you can copy & paste this to spreadsheet to ease translation).


Fred_PJ wrote: ↑Mon Feb 26, 2018 6:47 pm Also, can anyone confirm if the text on these two screens (and the ending screen) is part of the background images or editable text strings?

I don't see the text on screen there so I think it probably an image, although I am not 100% sure texts exist only in TOT files.

EDIT:
it seems CAT files include texts in several languages, including english.

Amazing, thank you too!
Can you please explain how have you managed doing that?
Top

As already noted by rzil, some Gob tools are already available in the set of the general ScummVM Tools.
You can get the others (the ones I used) on the Old-Games.ru forum: https://www.old-games.ru/forum/threads/ ... oft.51384/

I also think that's an image. The font for 'Croustibat' symbols is too fancy.

I.e., the English letters had to match the strings in Portuguese. So it would be easier if some programmer would make a text export/import tool instead.
Top

Hey guys, I've only have seen these replies now. My question is, after extracting the files, is there any way to rebuild the .STK file again including the modified .TOT files?
Top

Of course you can rebuild the STK!
With the Russian tool, the command is 'gobcrack /c map.txt'.
Top

Hi, I have recently managed to update the custom tools so they are able to inject texts into Woodruff, I assume the same method might allow to inject the translated text into this game as well.
is there any progress on the translation?
Top
Post Reply
13 posts • Page 1 of 1