I remember that Monkey Island had a big black bar at the bottom when I played it back in the day on the Amiga, e.g. it did not run in 4:3, but in some aspect ratio closer to 16/10.

Notice the round moon in the above image.

Notice the distorted, stretched moon in the above image.

I would say this shows that the artists working on Monkey Island 1 probably intended it to be played without aspect correction. Otherwise, why would they draw an elliptical moon? I think many other Lucasarts games are similar and should be played with aspect correction off. Luckily the option can easily be turned on or off in the ScummVM settings.

As an added bonus, turning off aspect correction makes many games fill a modern 16:9 display much nicer.
Top

Without also makes Guybrush look like a 6 year old toddler - albeit with a mullet - because of the fatty body proportions and short limbs.

There might have been some kind of art mixup...
Top

If square pixels were intended, why didn't they just use a 320x240 resolution? It is a valid VGA resolution (same timing as 480 lines), yet it was rarely used for some reason. Not even Deluxe Paint, which was used for making this game, has this resolution. It can do 640x480 in VESA mode, though.
Top

That way people can agree to disagree and choose whatever they prefer.
Top

No kidding. I love having all the graphics options in ScummVM, canonical or otherwise.
Top

The drawback to aspect correction being off is that it produces a blurrier image, as you can see in the top screenshot. The pixels aren't as sharp because they're being stretched horizontally to approximate the width that they were meant to be.

Monkey Island was originally EGA, and converted to VGA later. The EGA version doesn't have any moon in the sky, but there are other circular objects usable as reference points. 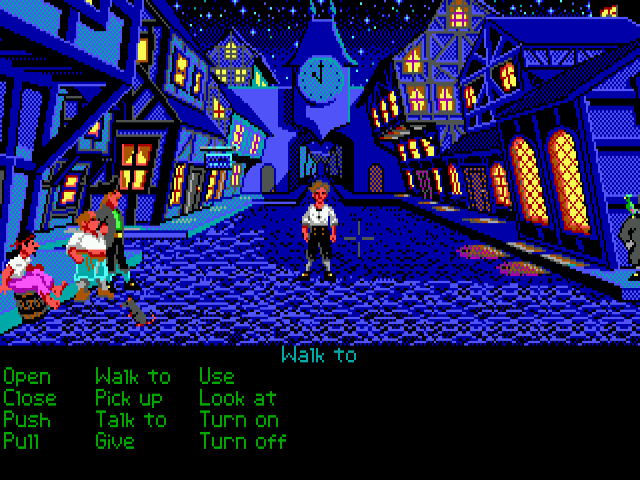 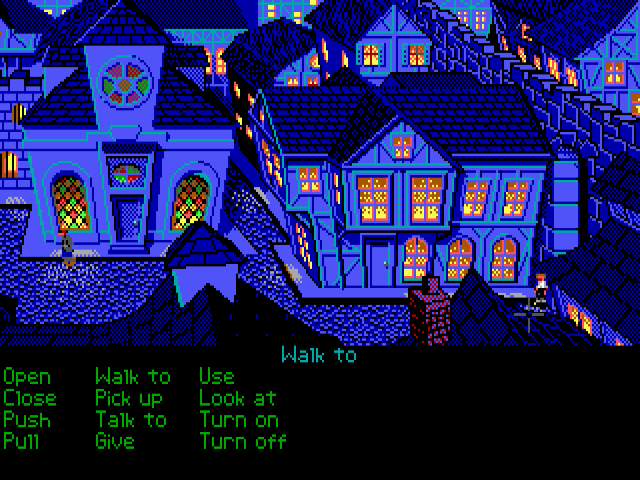 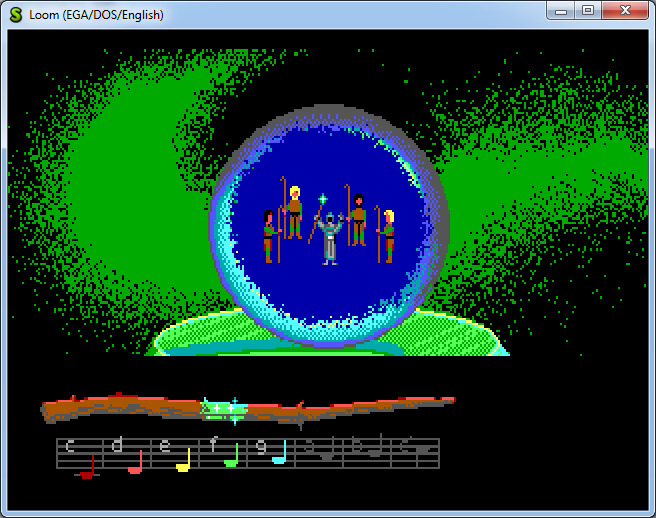 But there are also games that look better without aspect ratio correction. 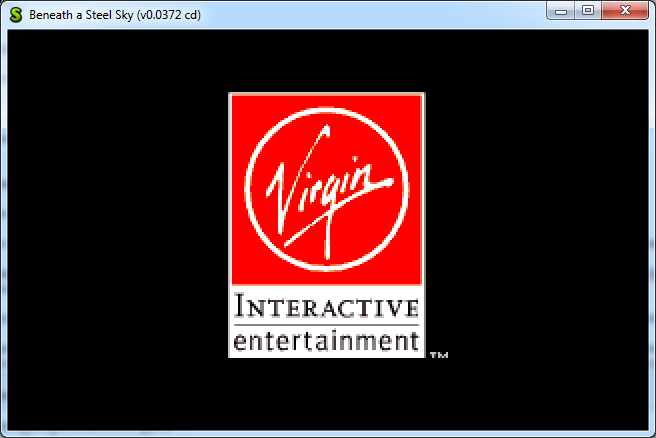 
The drawback to aspect correction being off is that it produces a blurrier image, as you can see in the top screenshot. The pixels aren't as sharp because they're being stretched horizontally to approximate the width that they were meant to be.

You have it backwards. With aspect ratio correction off, the pixels are displayed as-is, untouched by any sort of stretching. Aspect ratio on stretches the pixels vertically, to simulate what a CRT would do. But the pixel sharpness/softness really has more to do with the scaling filter used than the aspect ratio. Here's an unfiltered, aspect ratio-uncorrected shot of the VGA version: 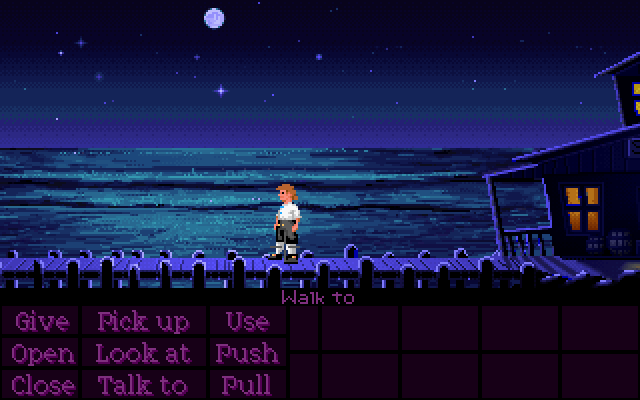 If square pixels were intended, why didn't they just use a 320x240 resolution? It is a valid VGA resolution (same timing as 480 lines), yet it was rarely used for some reason.

There's two theories that I've read, both of them seem logical. One is that it made support for CGA, Tandy, and EGA a lot easier; you didn't have to mess with the pixel count, you just had to reduce the color palette. Another theory is that a 320x200 frame with 256 colors is very convenient to address and index; it fits in a single 64KB segment, with each byte neatly representing a single pixel, and the whole screen can be addressed with a 16 bit register. With 320x240, you need 76,800 pixels, which isn't so easy or efficient to address at any color depth.
Top

The 256 color Macintosh releases did not use aspect ratio correction either.

On a side note, the "AdvMAME" filters are almost exactly the same as the LucasArts EPX algorithm that was used to smooth the graphics in their Macintosh ports.

For example, in the EGA version of Loom, not every scene with circular shapes looks right when the aspect ratio is corrected:

Likewise, in Monkey Island, it is my opinion that the clock looks more like an oblong oval when "corrected". Generally, everything looks slightly squished. Note in particular the cursor in the last screen shot - see how the bars on the x-axis appear shorter than the bars on the y-axis? When uncorrected they are in equal proportion to one another. 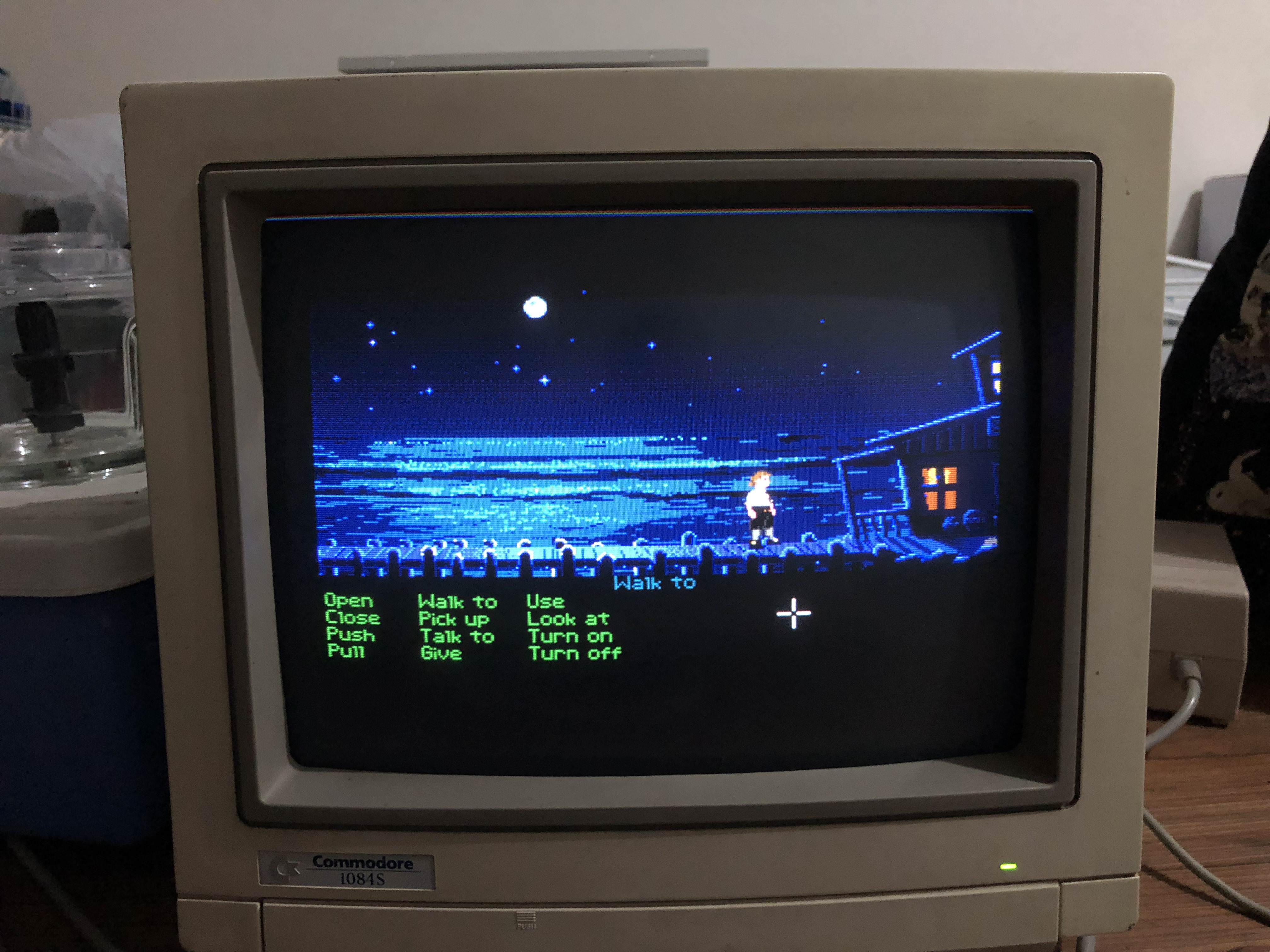 At 50 Hz that is. Apparently, LucasArts didn't made any attempt to fix that mode's aspect ratio. If your chipset allows it (ECS), try running it on 60 Hz instead. With WHDload, you can just add "NTSC" to the parameter list, iIrc. If you're playing from floppies, you can use Virus Control to create a bootblock automatically booting at 60 Hz. Unfortunately, early European models (OCS) can't do that.

Same thing on PAL C64 with MM and ZAK. They're just not displayed the way they were meant to be. Actually, the majority of games have this issue when ported from one standard to another. In many cases, there are also speed differences since many routines rely on vertical blanking or raster interrupts. Probably the companies thought, if it's playable, it's good enough.
Top

At 50 Hz that is. Apparently, LucasArts didn't made any attempt to fix that mode's aspect ratio.

Does it need to be fixed? Looking at the perfect circle of the moon and properly proportioned cursor..

Of course, I accept that it is valid to prefer either a corrected or non-corrected aspect ratio, regardless of the intention of the LucasArts designers.
Top

The intention obviously was a 320x200 mode in a 4:3 aspect ratio. The original IBM-PC had NTSC output and RGB output with the same timing. The 200 lines were chosen, as they can be displayed on NTSC within the overscan safe area. Also valid for pretty much any home computer at the time. If it was designed for PAL machines, they would probably use 240 or 256 lines instead.
Top

I went and tested every LucasArts adventure game I own, in both 4:3 corrected and uncorrected aspect ratios, both EGA and VGA versions, and across platforms.

In every game where there are perfect circles, using aspect ratio correction turns them into ellipses / ovals. I admit, there could be exceptions, as I did not play through every game end to end to test this. Even the later games like The Dig are affected in the same way.

Regardless of how things looked on CRTs, if you use a modern LCD monitor the only way to avoid distorting the graphics is to turn aspect ratio correction off.
Top

As you noticed with the Loom screenshots already, many other proportions look right in a 4:3 aspect ratio, despite of the distorted cycles. Seems odd indeed. I noticed that back in the 90's already.
I suspect, the drawing routines they used were missing aspect ratio correction, a feature many graphics tools don't have. And it seems, they just didn't bother. It is an option in Deluxe Paint (which they used), but unfortunately, it is disabled by default.
Top
Post Reply
28 posts